InsightFinder provides innovative machine learning (ML) technology to unlock the value in IT operational data, from performance metrics (KPIs) to textual log files, finding root causes (RCA) for deviations from normal behaviors and recurring patterns, as well as predicting future events and outages, involving your staff only when necessary and appropriate to do so. InsightFinder’s core AIOps and DevOps technologies and patented solutions are available via online subscription or on-premise deployment.

InsightFinder incident prediction for AIOps and DevOps is the result of more than 15 years of research and development and has been evaluated and licensed by leading tech companies such as Google. In 2016, InsightFinder Inc. was launched with a highly competitive National Science Foundation Small Business Innovation Research (NSF SBIR) phase I award ($150K, also known as America’s Seed Fund). InsightFinder was then awarded two even more competitive grants; NSF SBIR Phase II award in 2017 ($750K), followed by a subsequent NSF SBIR Phase IIB award in 2018 ($500K). The research behind InsightFinder’s development was funded by over 4 million dollars in research grants from the National Science Foundation, Google, IBM, and Credit Suisse. 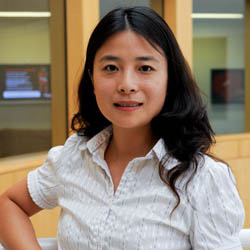 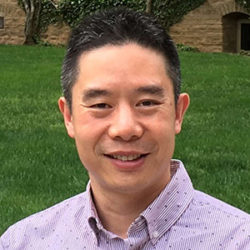 Helen Gu is a leading expert in the field of distributed systems and predictive analytics. She is also Professor at North Carolina State University and leads a research group supported by over $4.2 million research grants from NSF, NSA, ARO, Google, IBM and Credit Suisse. She published more than 70 research papers and has filed 10 patents (9 of them have been issued).

Helen was on sabbatical at Google as a Visiting Scientist in 2015. She also worked at IBM T. J. Watson research center as a Research Staff Member in 2004-2007 working on the IBM stream processing system.

Helen Gu received her PhD in CS from UIUC in 2004 and BS in CS from Peking University in 1999. Her work has been widely reported by presses including NSF research highlights, Communications of ACM, and The Register, and won several best paper awards from prestigious International conferences.

Yaoping Ruan is an accomplished technical leader and researcher with rich experiences in big data platform, cloud computing and distributed systems. Much of his technical work has been on cloud-scale data processing and analytics, cloud platform performance optimization, operational analysis with logging, monitoring and alerting. During his career at IBM, he was recognized with multiple division and corporate awards. He has published more than 30 research papers and has filed 60 patents. He received his PhD in CS from Princeton University in 2005.